INHIBITOR is developing SUBA-Itraconazole Prostate to address the unmet need for men with late-stage, metastatic castrate-resistant prostate cancer (mCRPC). Prostate cancer is the second most common cause of cancer-related deaths in the U.S. First-line local and systemic therapies include surgery, radiation, and androgen deprivation therapy (ADT). Nearly all patients with advanced disease eventually become refractory to hormonal therapy (castrate-resistant) while remaining on standard ADT therapy. Approximately 23,000 men in the U.S. each year are diagnosed with late-stage, metastatic castrate-resistant prostate cancer, where they no longer respond well to androgen deprivation therapy and are either treated with chemotherapy or newer stand-alone anti-androgen therapies such as abiraterone, enzalutamide or apalutamide before or after chemotherapy with docetaxel and prednisone. 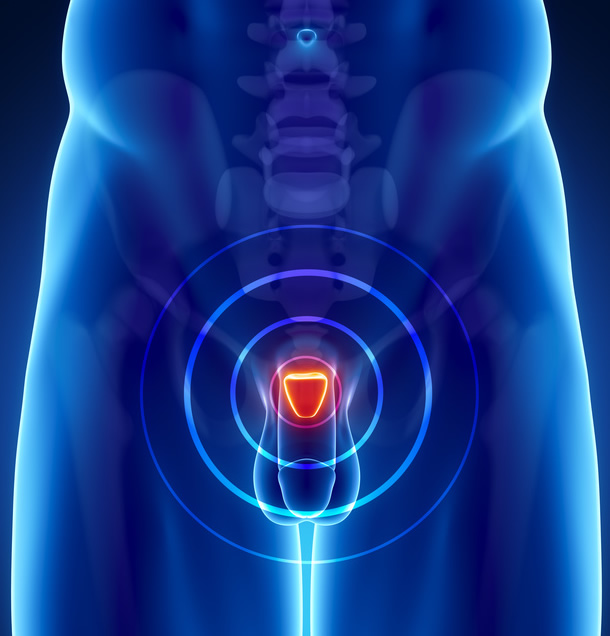 In late-stage prostate cancer, up-regulation of the Hedgehog pathway results in oncogene expression, which can interfere with the binding of ADT drugs to the androgen receptor (AR), causing biochemical resistance leading to mCRPC. Itraconazole acts on the essential Hedgehog signaling pathway component called smoothened (SMO) in human cells in a manner that is different than the FDA-approved drug vismodegib by preventing the ciliary accumulation of SMO normally caused by Hedgehog pathway. Itraconazole also has a much shorter half-life than vismodegib, which may be the reason it appears to have fewer side effects than what has been reported for vismodegib in recent publications regarding its use in BCC. Thus, itraconazole may be more suited for use in combination with chemotherapy due to its low toxicity profile.

Itraconazole has been tested as a treatment for men with metastatic castrate resistant prostate cancer in a multi-institutional Phase 2 trial led by a prominent U.S. university, completed in 2011 and published in 2013, which showed that 90% of men with PSA-doubling times of less than 6 months, who achieved therapeutic levels of itraconazole, showed promising reductions in PSA which correlated significantly with radiographic progression-free survival (rPFS).

Based on those encouraging results in metastatic disease, INHIBITOR is planning to test SUBA-Itraconazole in high-risk men with late-stage prostate cancer who are metastatic and castrate resistant (either based upon drug therapy or surgery) to study the effect of SUBA-Itraconazole therapy in delaying disease progression when dosed with docetaxel and prednisone. The improved bioavailability of SUBA-Itraconazole may provide additional benefits to prostate cancer patients by achieving higher therapeutic levels of itraconazole at doses which are lower than those reported in the Phase 2 study using the generic formulation of the drug as well as being able to reduce the dose of chemotherapy based upon enhanced uptake of docetaxel in the presence of itraconazole therapy.

INHIBITOR has finalized a Phase 2b study design to evaluate SUBA-Itraconazole in combination with chemotherapy in delaying disease progression in high-risk men with metastatic prostate cancer (who are castrate-resistant based on prior drug therapy or surgery) and are no longer or poorly responding to androgen deprivation therapy (ADT) and have either failed first-line therapy or discontinued first-line therapy due to toxicity or other reasons. INHIBITOR met with FDA in April 2019 for a pre-IND meeting and thereafter was granted an end of phase 2 (EOP2) meeting with FDA which occurred in October 2019 to gain Agency guidance and agreement on its trial protocol and statistical analysis plan for a Phase 2b trial. FDA indicated that the Phase 2b trial can follow the 505(b)(2) regulatory pathway and, assuming positive results demonstrating an improvement in rPFS as the primary endpoint of the trial, the single trial may qualify for submission of a future New Drug Application (NDA). INHIBITOR subsequently submitted an IND application in November 2019 which was awarded FDA clearance in December 2019 to enable the future launch of its Phase 2b trial in prostate cancer.